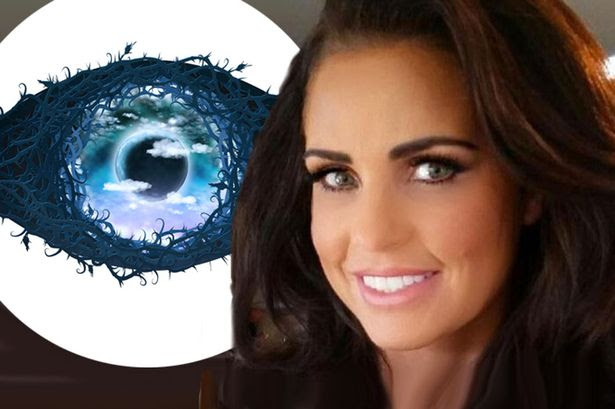 I'M ADDICTED TO CELEBRITY BIG BROTHER... Yes! To those of you on foreign shores who may have seen local editions of the show many moons ago I have to inform you that Big Brother is STILL showing in the UK, 15 years after first airing. Celebrity Big Brother is in its 15th series (showing twice a year now).

Back in the day, I and most of my friends were glued to the first couple of series of "normal" Big Brother... but for me at least the novelty of that show has completely worn thin and I wouldn't watch it even if tied down and forced. It's full of wannabes and talentless weirdos. 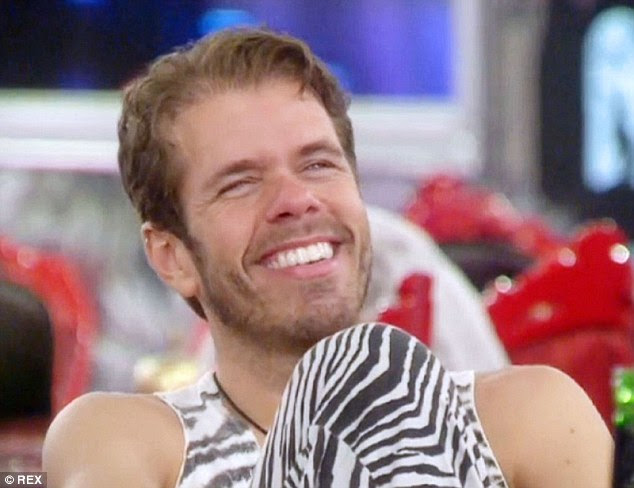 Celebrity Big Brother is a different matter because even though more than half of the housemates are unknown to me, the people who go in are used to the limelight, know who they are and what they're about. They don't have the same "pathetic factor" as so many ordinary BB wannabes. So paradoxically, the "celebrity" contestants come across as more "real". It's a little bit like if you imagine assistants from the local shop, the lady from the post office etc took part. You don't really "know" them, of course, but you know more about them than a perfect stranger. This is the attraction of Celebrity Big Brother to me. It's not starry and fake. The contestants clash constantly and fight (verbally). They are anything but glossy and false. 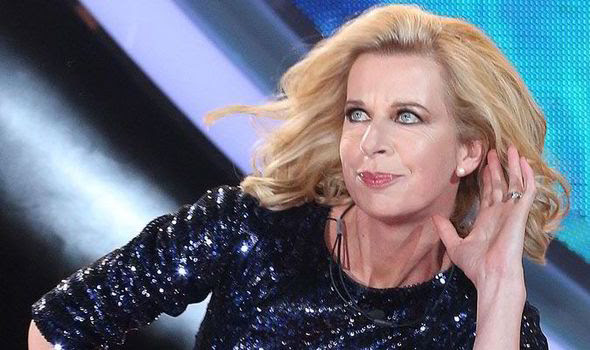 This year we have the famous blogger Perez Hilton up against "Britain's most hated woman" ~ Sun newspaper columnist Katie Hopkins. Patsy Kensit (who has done so much more than just been former wife and mother of the children of Oasis frontman Liam Gallagher ~ I like her; I really think she's something special) and Nadia Sawalha (TV presenter here in the UK, big sister of actress Julia who played the uptight daughter Saffy in Absolutely Fabulous) have been evicted.

Ken Morley, who played the hilarious supermarket manager Reg Holdsworth in Coronation Street was chucked out for "wholly unacceptable and offensive" comments. Poor fellow. I think the older generation find it hard to navigate the vagaries of today's politically correct world. He was deliberately trying to be irritating/entertaining/controversial but crossed the line ~ and got the axe. I kind of feel sorry for him.

The biggest "star" in there is Katie Price, former glamour model aka Jordan, who has toned down considerably (except for her skin, which is a fake tan shade of mahogany orange: she slavers on dark brown face cream every night). I'm sure she's had a nose job. She looks far prettier now at 36 than she was 10 years ago at the peak of her fame. Of course a lot of people don't respect Katie Price, saying she has no talent etc etc. Well she must have a talent for something because she's at the top of her game with an estimated fortune of £45 million ($67,799,250 US). From what I've seen of her on CBB I quite like her. She's no more vulgar than the average girl on the street (talking about sex etc). Most normal girls do that, in far more graphic detail than boys ever use and anyone who's shocked by that, I think is a bit naïve. 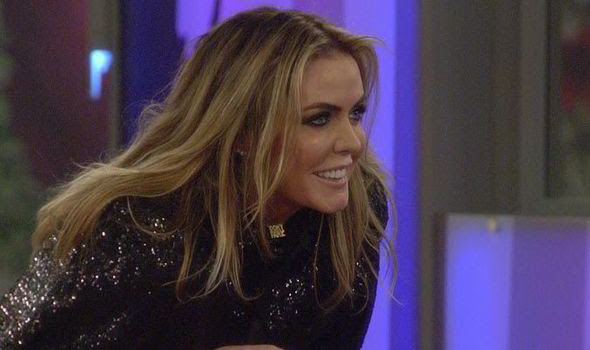 I think the most drowned-out personality, which is a shame, because she's one of the coolest people ever to go on the show, is the American singer and TV and radio host Michelle Visage. She's fascinating but I don't think we're going to see her shine because it's so much the "Perez Hilton Show"...

Perez Hilton caused a stir by winding up "soul legend" Alexander O'Neal, who ended up walking and Katie Hopkins rather unconvincingly, I thought, made a huge deal about how anyone who crossed "the big man" (Alexander) had also made an enemy of her. I just think she was sucking up to the soul legend and trying to position herself centre-stage. And it worked. Ever since he and Katie have been at loggerheads and it's been very entertaining. Perez is also hated by Cami Li, who is some sort of American tattoo model who dated a reality TV star from TOWIE (big wow) ie she's not a real celebrity at all but she's entertaining to watch. Other people in there are 90s pop star Kavana, 80s kids' TV presenter Keith Chegwin and 2000s "playboy" model Calum Best (son of famous socker star George Best). Yeah so that is what has been grabbing my attention over the past week. Watching celebrities at their undignified/entertaining/heartwarming/pathetic best and worst. It's gripping viewing! 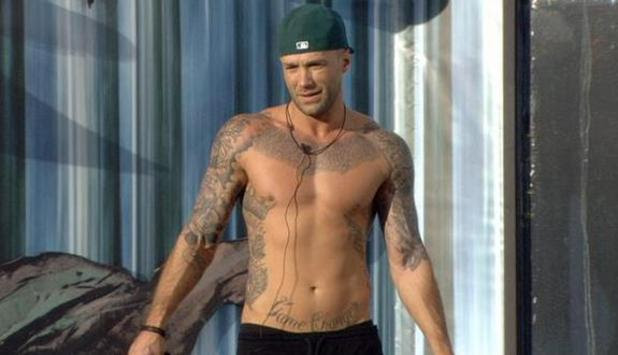 PATSY KENSIT SINGS PET SHOP BOYS
This is the only song of hers I remember... it came out in 1988
I'M NOT SCARED
It's a great tune...

DID YOU KNOW I get over 150 pageviews a day? On this blog? Even though I barely post anything anymore...! How very extraordinary.

Ukh guess what yesterday I had a shyte morning. I had to get up early, so that didn't exactly put me in a great mood. Then I ended up down the shops. I went into Tesco (the little convenience store type of Tesco), but didn't buy anything as they have a lousy range of ready meals plus their French sticks were way too crusty ~ more like dry stone walling material. I like my bread nice and doughy. So I didn't buy anything. Anyway I'm half way up the high street when there's this tap on my back and guess what ~ it's Security saying "can I look in your bag?"

I showed him the contents of my very empty-looking carrier: old Christmas cards, a chewed biro and a three-breasted pink bra. OK I'm making up the last thing. But it was EMPTY. I demanded DO YOU SELL THAT? Then yelled F OFF. And he stomped away.

I mean really. Aren't they supposed to actually see you taking something before they intervene. I had floated round that shop touching NOTHING ~ bar that overdone French stick and that was gigantic! I wasn't exactly hiding THAT down my trousers or I'd have looked very pleased to see him indeed.... So anyway. I do feel a bit guilty about swearing at a stranger. That's not my style at all.

THEN I went in Iceland (chavtastic supermarket) and the lady made a massive hoo-har about checking my £20 note "just in case". I pointed out (very nicely this time) that if it was indeed a fake it was the best I've ever seen with bang-on holograms and a perfect silver "line of value" which weaves in and out. That security line is said to be almost impossible to fake. But she accepted my dosh and I swanned off home. Still feeling a bit guilty about my foul-mouthed outburst. But the cheek of it! I hadn't been NEAR any of Tesco's goods except that giant French stick. I mean, who do these security think they are.

More to the point I think I really need to change my image. You know to look a bit less like a homeless down and out. Presumably that is what I did look like. Even though I was dressed head to toe in new clean clothes. (Without holes.) O I don't know...

I hope y'all are having a happy new year...

RALPH FRIDGE: PARADISE KOMAKINO REMIX
Warning, it doesn't even begin to get going till after 1 min 20 through...

Email ThisBlogThis!Share to TwitterShare to FacebookShare to Pinterest
Labels: diary, shoplifting, shopping
Newer Posts Older Posts Home
Subscribe to: Posts (Atom)
Blog journal of a manic-depressive junkie. Former heroin addict (labelled with schizoaffective bipolar disorder). Trying to get off methadone. This blog follows my struggle to break free from a humungous mess of a past and ascend into a brighter future... 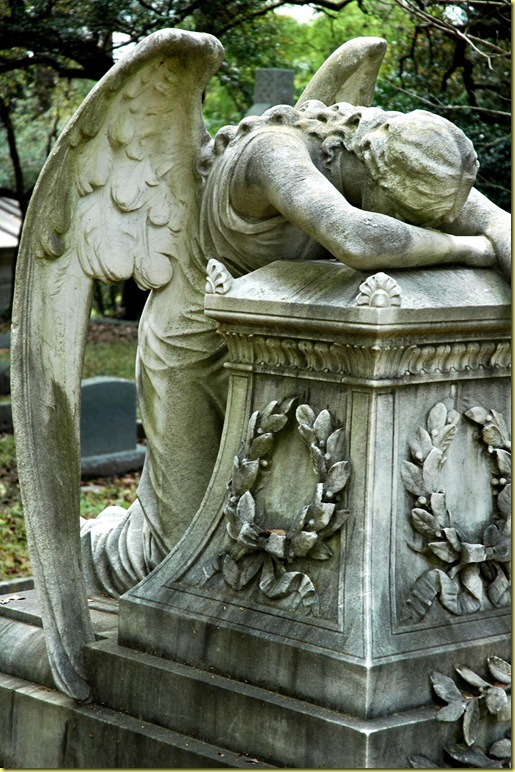